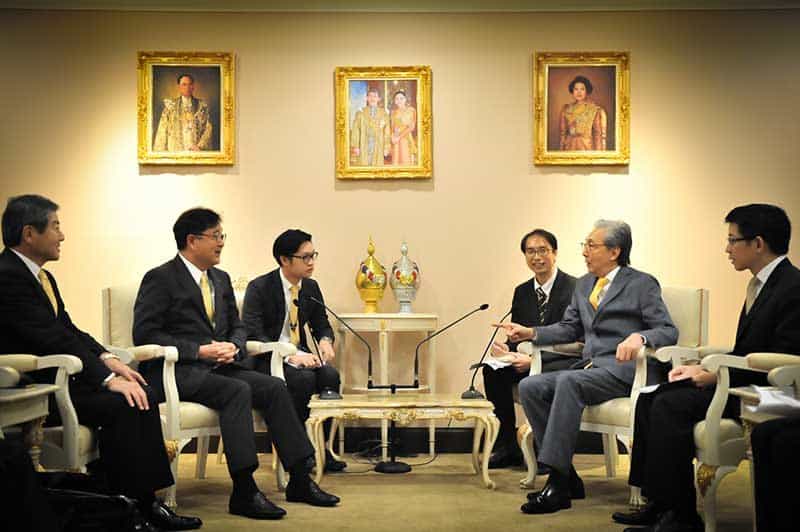 Deputy Prime Minister Somkid Jatusripitak welcomed Osama Masuko, Director General of Japanese Mitshubishi Motor Corp, who gave a briefing on the expansion of the firm’s investment and plans for the production of cars in Thailand.

Kobsak Pototrukul, Deputy Prime Minister, confirmed that Mitsubishi Motor Corp plans to invest about 13 billion yen in venture capital in Thailand by 2021 and about 12 billion yen in 2024.

Such car production plans will be discussed with the Investment Board in search of advertising privileges. If a Japanese company invested in the production of electric vehicles in Thailand, Thailand would become the leader of its kind in ASEAN.

Thailand will be able to find a world-class battery manufacturing company for a joint investment, as suggested by Japan.

“Thailand has long had a policy of encouraging the production of electric vehicles. We discussed this with Japan, which can use Thailand as a regional base for production. Mitsubishi could be the first company to manage such production plans.

We will be very pleased, and the Deputy Prime Minister confirmed. that Thailand is ready to support everything that Mitsubishi wishes.

Today we discussed the plans and various advertising privileges provided by China and Europe. We will consult with the BOI on this issue, “said Somkid.

Kobsak added that the Bank of Thailand will closely monitor the situation in which the US Federal Reserve lowered its basic lending rate by 0.25%.

However, this can be beneficial if investors can transfer investments from the United States to other countries. Thailand is one such country.

Airbnb - offers more than 3 million units, has a large number of affordable "rooms", serves more than 200 million travelers in more than 65 thousand cities around the world. Sometimes you can hear the opinion that such services can undermine the entire hotel industry!...